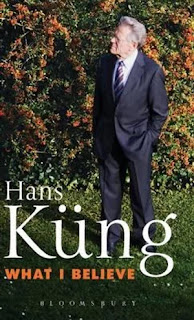 Hans Küng , one of the world's most renowned theologians and founder of the Global Ethic Foundation, died on Tuesday afternoon at the age of 93 in his home in Tübingen. The Swiss, who taught in Tübingen from 1960 to 1996, played a key role in shaping the Catholic Church. The books of the fundamental theologian became bestsellers. In the past 30 years he has been particularly committed to the dialogue between world religions , particularly in the "Global Ethic Project". (Full statement here)

50 years ago as a young 18 year old I had a passion for politics and religion. There were plenty of resources to stir my political imagination and in 1971  my religious imagination was launched and nurtured when I attended a series of public talks in Melbourne by Hans kung.

I was probably the youngest person in the audience at the Wilson Hall, University of Melbourne and I came away with a treasured copy of Theology and Freedom. 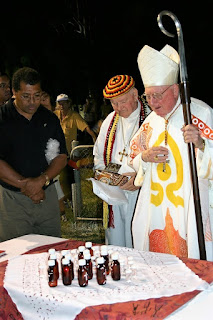