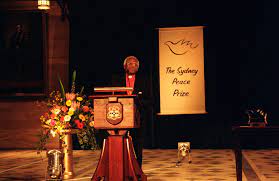 In the past 24 hours my social media newsfeed has featured acknowledgements and tributes to the late Archbishop Desmond Tutu. His  global witness to our faith tradition has  seen tributes across the diversity of  political and religious communities.

From Rome, Cardinal Pietro Parolin, on behalf of the Holy Father Pope Francis sent the following message of condolences through the Apostolic Nuncio in South Africa, Archbishop Peter Wells: “His Holiness Pope Francis was saddened to learn of the death of Archbishop Desmond Tutu, and he offers heartfelt condolences to his family and loved ones. mindful of his service to the gospel through the promotion of racial equality and reconciliation in his native South Africa, his holiness commends his soul to the loving mercy of almighty god. upon all who mourn his passing in the sure and certain hope of the resurrection, Pope Francis invokes the divine blessings of peace and consolation in the Lord Jesus.” (Source)

Pope Francis wrote in his encyclical, “Fratelli Tutti, on Fraternity and Social Friendship,” that Tutu was among the people who inspired him.

“In these pages of reflection on universal fraternity, I felt inspired particularly by St. Francis of Assisi, but also by others of our brothers and sisters who are not Catholics: Martin Luther King, Desmond Tutu, Mahatma Gandhi and many more,” he wrote.

Across the Tasman Cardinal John Dew included a new story of the Archbishop's death in his Facebook newsfeed.

The ACBC Office for Justice, Ecology & Peace have posted an item and President of the Australian Catholic Bishops Conference, Mark Coleridge tweeted his condolences:

Mark Coleridge
@ArchbishopMark
·
Dec 29, 2021
On this feast of Thomas Becket I can’t help but wonder how Desmond Tutu managed to die in his bed… #29December

In 1999 Archbishop Desmond Tutu was  awarded the degree of Doctor of Laws (honoris causa) by the University of Sydney. He was also the recipient that year of the Sydney Peace Prize.

During the citation speech a reference was made to a little known Catholic connection:

Desmond Tutu was born in Klerksdorp in the Transvaal. He was educated at Johannesburg Bantu High School and at Pretoria Bantu College. He married his wife Leah in a Roman Catholic church which was later demolished because it was 'a black spot in what should have been a lily white area'. In those early apartheid years he worked as a school teacher and studied theology. He was ordained a priest in 1960. He gained a Master of Theology degree in 1966, taught theology in South Africa's Theological Seminary in the late 60'and in the early 70's was Associate Director of the London-based Theological Education Fund for the World Council of Churches."