During a highly symbolic tree-planting ceremony in the Vatican Gardens, Pope Francis placed the  Synod for the Amazon under the protection of Saint Francis of Assisi.

During the ceremony Pope Francis receives a number of cultural gifts from representatives of the Amazon. Among the gifts was a wooden statue of a naked pregnant woman. Nudity has always been a bit of a contentious issue in the Vatican. This time the Temple Police swung into action and threw several copies of the statue into the Tiber.

A dramatic 4 minute video recording shows copies of the statue present before the altar at the Church of Santa Maria in Traspontina and then two men carrying them toward a bridge near Castel Sant’Angelo, the mausoleum of the Roman Emperor Hadrian that has been used by popes as both a castle and fortress.

Pieces of the statue are placed on the bridge and one by one, knocked into the muddy waters below.

Following the incident, Paolo Ruffini, the head of Vatican communications, repeated that the image resents “life, fertility, mother earth.” Ruffini said the incident “seems to me to contradict the gesture of dialogue” that the synod should represent.

The Synod of Bishops on the Amazon focusing on the pastoral needs of the Amazon region has now entered its final week and is set to conclude on October 27. (Source)

The video of the incident is not good quality but it does provide "Real Catholic Crime" with a  quick tour of the Church and the surrounding tourist hot spots. Worth noting that the two  thieves are blokes who obviously have issues about women's bodies. This is not surprising if you look at the source of this video and read some of the comments!!!

I put on my Inspector Morse hat to dig a bit deeper and what do I discover in Wikipedia: Pope Sixtus V designated the church as a cardinalitial titulus on 13 April 1587.[1] The current cardinal of Santa Maria in Traspontina is the former Archbishop of Quebec, Marc Ouellet, who supports Opus Dei,[2] and is the Prefect of the Sacred Congregation of Bishops of the Roman Curia. He was Cardinal Priest from 2003 to 2018, and continued there when co-opted to suburbicarian rank.

Aha, we have LifeSiteNews, Opus Dei and ChurchMilitant all lined up as strange bedfellows in this saga!!

However,look what has just appeared from the dusty pages of history:  Pope St. John Paul II Respectfully Referred to Pachamama


The statue is in fact a source of Amazon devotion to Mary.thanks to Pedro Gabriel who has researched the origins of this devotion and published  a useful and informative text and video. 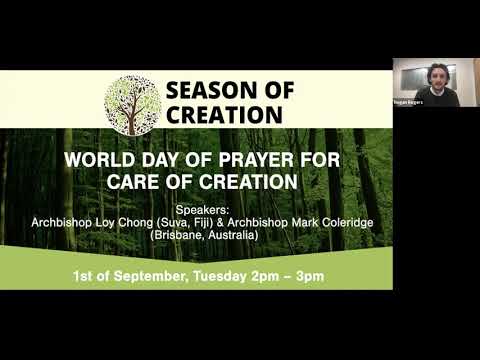